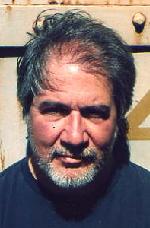 Born in Orange, New Jersey, Anthony Bruno is a graduate of Boston University where, as an undergraduate, he was accepted into Donald Barthelme's graduate creative writing workshop. He later earned a master's in Medieval Studies from Boston College.