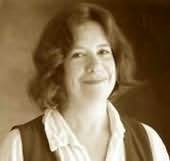 aka Isis Crawford
Barbara Block is the author of the Robin Light Mystery Series. A longtime freelance writer, Barbara has produced numerous feature articles and reviews in addition to her novels. When she's not writing, Barbara somehow finds the time to run a catering business specializing in desserts.

Barbara holds a BA in Spanish from New York University and an MA in Spanish from Columbia University. She has also studied at Hunter College and the School of Visual Arts. An avid traveler, Barbara has toured extensively through both Europe and Latin America.

As a youth, animals were among Barbara's many interests. Her childhood was crowded with pets of every kind that included a type of alligator known as a caiman. The caiman took up residence in the family bathtub, much to the guests' dismay. Her love for creatures has not dissipated over the years. Indeed, her deep interest in animals has led her to be a "mother" to dogs, cats, ferrets, Burmese pythons, and monitor lizards. Included in the zoo were three male Homo sapiens of her own.