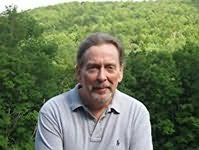 Gray Basnight was born and raised in Richmond, Virginia, where he spent his childhood and teen years on two much-loved activities: reading and participating in theatre productions. After studying English and theatre at a small college in North Carolina and George Washington University in Washington, DC, Gray moved to New York City where, after experiencing the actor's struggle, he began working in local radio. Almost 30 years later, he was laid off as a radio reporter at the height of the worst financial crisis since the Great Depression. Though he'd been writing fiction all along, he decided to turn that life-altering event into an opportunity to pursue a second (or third) life. Thanks to a supportive wife, he now works at home, happily engaged in several fiction projects. The one thing guaranteed to pull Gray from the keyboard is his dog Taxi, a black-and-tan Cavalier King Charles Spaniel who relishes having a full-time companion. "The Cop with the Pink Pistol" is Gray's debut novel.