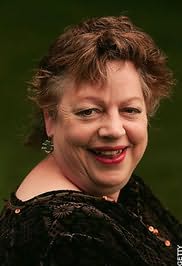 (b.1957)
Josephine "Jo" Grace Brand is a BAFTA winning English stand-up comedienne, writer and actress.
Commencing her entertainment career with a move from psychiatric nursing to the alternative comedy stand up scene and early performances on Saturday Live, she went on to appearances on The Brain Drain, Channel 4's Jo Brand Through the Cakehole, Getting On and various television appearances including as a regular guest on QI. In 2003, she was listed in The Observer as one of the 50 funniest acts in British comedy.
Novels
Sorting Out Billy (2004)
It's Different for Girls (2005)
The More You Ignore Me... (2009)

The Fun Factory (2014)
(Arthur Dandoe, book 1)
Chris England
"If you've ever wondered about the roots of stand-up comedy, this is the novel for you. It's an absorbing march through the early career of Chaplin and others, and evokes a fascinating time. I read it virtually straight through, stopping only for the toilet, a sleep and my customary five hundred calories a day. Oh... and there's some romance too (yuk)."