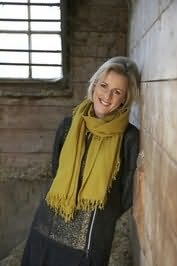 Moyes studied at Royal Holloway, University of London. She won a bursary financed by The Independent newspaper to study journalism at City University and subsequently worked for The Independent for 10 years. In 2001 she became a full time novelist.

The film adaptation of Me Before You starring Sam Claflin (The Hunger Games) and Emilia Clarke (Game of Thrones) was released in June 2016 and was a huge box-office success. The screenplay was written by Jojo.

She is married to journalist Charles Arthur and has three children.

Collections
Paris for One and Other Stories (2016)

Before I Met You (2012)
Lisa Jewell
"Beautiful, moving and unputdownable."

The Rosie Project (2013)
(Don Tillman, book 1)
Graeme Simsion
"I wanted to race through The Rosie Project but had to make myself slow down from my usual reading pace, because of the number of sly jokes that I almost missed. A lovely, original, and very funny read."

The Disappearance of Emily Marr (2013)
Louise Candlish
"It reminded me of Joanna Trollope at her best."

Beartown (2017)
(Beartown, book 1)
Fredrik Backman
"I wasn't sure I would love a novel centred on hockey - but as with Friday Night Lights this is actually a story about people - about strength and tribal loyalty and what we unwittingly do when trying to show our boys how to be men. I utterly believed in the residents of Beartown, and felt ripped apart by the events in the book."

Their Finest (2017)
Lissa Evans
"Evans is a wonderful writer."

A Year at Hotel Gondola (2018)
Nicky Pellegrino
"A novel about the joy of learning to live again. It also made me very hungry."

Never Greener (2018)
Ruth Jones
"Ruth Jones is excellent on human nature and why we make the mistakes we do. I felt for every character. Unputdownable."

Where The Light Gets In (2018)
Lucy Dillon
"Bittersweet, lovely and ultimately redemptive; the kind of book that makes you want to live your own life better."

Love and Ruin (2018)
Paula McLain
"McLain has such a gift for bringing characters to life."

At the Wedding (2018)
Matt Dunn
"Matt Dunn is officially funny."

Nine Perfect Strangers (2018)
Liane Moriarty
"One of the few writers I'll drop anything for. Her books are wise, honest, beautifully observed ..."

The Truants (2019)
Kate Weinberg
"A remarkably assured debut, deftly plotted and with vivid, compelling characters that leap off the page."

Grown-Ups (2020)
Marian Keyes
"Messy, tangled complex humans who reminded me that few of us ever really sort our lives out at all."

The Silent Treatment (2020)
Abbie Greaves
"A remarkably assured debut which doesn't go where you expect it to go. I very much look forward to seeing what she writes next."

A Theatre for Dreamers (2020)
Polly Samson
"Sublime and immersive … If you wish you could disappear to a Greek island right now, I highly recommend."