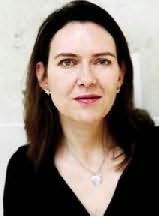 Joanna Briscoe is the author of Mothers and Other Lovers, which won the Betty Trask Award; and Skin, which was runner-up for the Encore Award. Her short stories have featured in several anthologies. She was a columnist for the Independent and the Guardian and writes regularly for all the major newspapers and magazines. Joanna Briscoe lives in London with her family.

The House at Midnight (2008)
Lucie Whitehouse
"Atmospheric and compelling - an impressive debut."

The Silver Dark Sea (2012)
Susan Fletcher
"One of the most poetic and original voices... breathtaking."