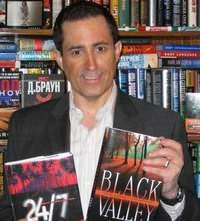 (b.1956)
Jim Brown is a successful broadcast journalist and three time winner of the Associated Press Best Newscast Award. As a television anchor and reporter, he has covered such breaking news as the Springfield, Oregon school shooting, the Atlanta Child Killings, the Stocking Strangler and Kip Kinkel school shooting, as well as countless other criminal and court cases.

He has broadcast live for CNN and reported from inside the Oregon State Penitentiary. He has also been featured in a BBC documentary, as well as an Oregon State University educational film.