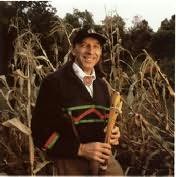 (b.1942)
Joseph Bruchac lives with his wife, Carol, in the Adirondack mountain foothills town of Greenfield Center, New York, in the same house where his maternal grandparents raised him. Much of his writing draws on that land and his Abenaki ancestry. Although his American Indian heritage is only one part of an ethnic background that includes Slovak and English blood, those Native roots are the ones by which he has been most nourished. He, his younger sister Margaret, and his two grown sons, James and Jesse, continue to work extensively in projects involving the preservation of Abenaki culture, language and traditional Native skills, including performing traditional and contemporary Abenaki music with the Dawnland Singers.

Unicorn Rescue Society (with Adam Gidwitz)
3. Sasquatch and the Muckleshoot (2018)