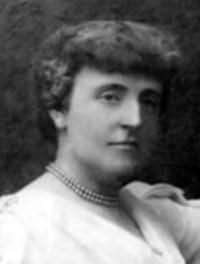 (1849 - 1924)
Born in 1849 at 385 Cheetham Hill Road in Manchester, the daughter of a small shopkeeper. Decline in the cotton industry led to diminishing fortunes after her father had died, at which time her mother sold up and moved them to Tennessee to live with her brother. Frances began to write short stories based on those in popular English magazines, with immediate success and recognition. After her marriage to a local doctor, her literary success conflicted with his work and they divorced in 1898. Her most famous novels were "That Lass o' Lowries" (1877), "Little Lord Fauntleroy" (1886) and "The Secret Garden" (1909). A controversial figure in later life, due to her strong-mindedness and her devotion to mystic cults. She died in 1924.