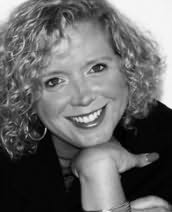 (b.1964)
Kat Black is an avid reader and writer of young adult literature. Drawn most to ancient times and places of shadow and mystery, she strives to pluck her readers out of the here and now and engross them in the possibility of what once was.Kat has worked for twenty-two years in the Children’s book industry—more than half of that time as a designer for legendary publishing icon Walter Lorraine. With Caldecott and Newbery Medal winning artist and authors like David Macaulay, Allen Say, Lois Lowry, and Chris VanAllsburg as clients, Kat learned firsthand what it takes to make it in the amazing world of children’s publishing.Kat lives with her family in Lynn, Massachusetts. A Templar’s Apprentice, her first book came out in 2009. A Templar’s Gifts released in 2011, and A Templar’s Destiny will be out this August.