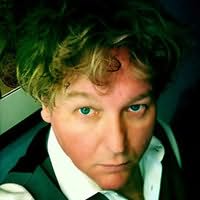 Australia (b.1966)
Mark Barnes was born in September, in Sydney, Australia. Raised and educated in Sydney, he was a champion swimmer who also played water-polo, soccer, cricket and volleyball. Drawn to the arts at a young age he wrote his first short story at age 7 though was active in drawing, painting, and music as well.

His career stuttered in finance, slid into advertising then leaped into Information Technology where he continues to manage a freelance Organizational Change consultancy. It was not until January 2005, when Mark was selected to attend the Clarion South residential short story workshop, he began to write with a view to making it more than a hobby. Since Clarion South 2005 Mark has published a small number of short stories, worked as a freelance script editor and done creative consultancy for a television series.