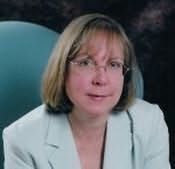 A pseudonym used by Michelle Place, Cheryl Zach
Cheryl Byrd was born in Clarksville, Tennessee, USA, daughter of Nancy, a sales manager, and Smith Henry Byrd, a military officer. As an army brat, she has lived in Tennessee, Texas, Georgia, Kentucky, the Mississippi Gulf Coast, southern California, Great Britain, and Germany. Growing up, she changed schools ten times in twelve years. She has been an Anglophile since she discovered the Dr. Dolittle books at about the age of seven. After enduring serious frustration when she could not learn to talk to the animals, she stuck to reading and devoured the Mary Poppins series, the Borrowers, and anything else English she could find, enjoying, as she grew, many British writers including the wonderful Jane Austen and even the Bard himself. And somewhere along the way, the writing bug bit, as well.
Series
Hill / Sinclair / Applegate Sisters Saga
1. Robert's Lady (2000)
2. Dear Impostor (2001)
3. Beauty in Black (2004)
4. Vision in Blue (2005)
5. Lady in Waiting (2002)
6. Widow in Scarlet (2003)
7. Gilding the Lady (2005)
8. Seducing Sir Oliver (2006)
9. A Lady of Scandal (2007)
10. A Lady Betrayed (2007)
11. Enticing the Earl (2008)