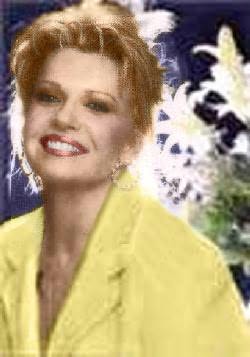 (b.1942)
Daughter of William Samuel Gunter, Jr., a naval officer and Edna Marie (née Davidson) Gunter, a homemaker, Barbara Elaine Gunter was born on June 19, 1942 in San Diego, California, but from the age of three she lived in Midland, Texas. She graduated from Midland High School an she received adegree in elementary education from North Texas State University. Later, she taught elementary school in Midland, Texas, while working on her Master'sDegree and certification for Language and Learning Disabilities at Texas Tech in Lubbock. Elaine has two adult daughters, Lesley and Ashley and oneson, Chuck. She resides in Austin, Texas.

She wrote his first novel inspired by a letter her great-great grandmother,Susannah Jane Dowell Shacklett wrote in 1920, telling about her journey from Brandeburg, Kentucky to San Antonio, Texas, and then going with an armyescort to El Paso, Texas, where her brother, Ben Dowell, a veteran of theMexican War, was El Paso's first mayor. Now, she is a *New YorkTimes* bestselling author of eighteen novels, which have been publishedworldwideand won numerous awards. She also is a member of both The Authors Guild andMystery Writers of America.