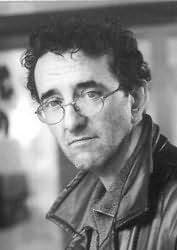 Chile (1953 - 2003)
Roberto Bolaño Ávalos was a Chilean novelist and poet. In 1999 he won the Rómulo Gallegos Prize for his novel Los detectives salvajes (The Savage Detectives), and in 2008 he was posthumously awarded the National Book Critics Circle Award for Fiction for his novel 2666.