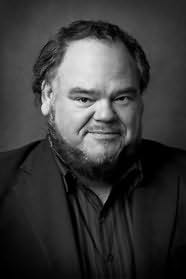 Barnhardt took his B.A. at Michigan State University, and was a graduate student at Brasenose College, University of Oxford, where he read for an M.Phil. in English. He teaches fiction-writing to undergraduate and graduate students at the North Carolina State University in Raleigh, where he is the director of the Master of Fine Arts program in Creative Writing.
Novels
Emma Who Saved My Life (1989)
Gospel (1993)
Show World (1998)
Lookaway, Lookaway (2013)

The Lesson (2019)
Cadwell Turnbull
"I came for the aliens and a war of the worlds. I stayed for the deadpan St. Thomas humor; the complicated, charming, sexy island folk; and Turnbull's delicious prose. He may not only be a new voice in sci-fi, but also a major new name in Caribbean American literature."