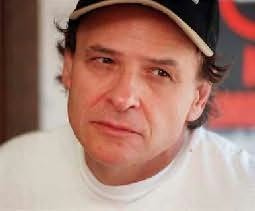 (b.1946)
Tim O'Brien is an American novelist well known for writing about the Vietnam War and the impact it had on the American soldiers who fought there. He won the U.S. National Book Award for Fiction in 1979 for the Vietnam novel Going After Cacciato.O'Brien has held the endowed chair at the MFA program of Texas State University-San Marcos several times, from 2003 to 2004, then from 2005 to 2006, and a third time from 2008 to 2009.

Back in the World (1985)
Tobias Wolff
"Terrific...The magic of his fiction cannot be explained. It is the ancient art of the master storyteller."

Third And Indiana (1994)
Steve Lopez
"Lopez writes from the heart and the gut... A gripping and moving story."

Don't I Know You? (2006)
Karen Shepard
"Among the most suspenseful and moving novels I've read in many years."

The Wake of Forgiveness (2010)
Bruce Machart
"A gripping American drama."

Empire City (2020)
Matt Gallagher
"Empire City is a passionate, scary, wise, and perhaps even prophetic novel, one that can be appreciated on numerous levels. Set in an alternate world in which the U.S. has emerged triumphant from the Vietnam War, this book has the feel of a powerful admonition and warning, but it also has the dislocating, heart-thumping feel of a nightmare. Matt Gallagher has populated his story with characters undergoing ferocious moral struggles in response to an America teetering on the edge of cataclysm."

Make Them Cry (2020)
Smith Henderson and Jon Marc Smith
"Make Them Cry is one of those rare novels that is both artistically principled and marvelously fun to read, a combination of elegant, painstaking craftsmanship and suspenseful entertainment. If that were not enough, it is also a book that reaches into the reader's heart. It is not often that I can say, as I do now: I loved this novel."
Visitors to this page also looked at these authors
Barbara Kingsolver
George Orwell
Joyce Carol Oates
Stewart O'Nan
Toni Morrison
Carol O'Connell
James Patterson
Cormac McCarthy
Edna O'Brien
Andy McDermott
Audrey Niffenegger
Robert Stone
Michael Cunningham
Richard Powers
Michael Ondaatje
Joseph O'Neill