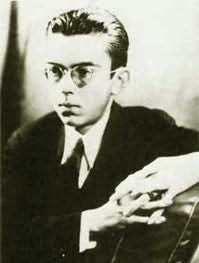 (1918 - 1951)
Robert Hayward Barlow was an American author, anthropologist and historian of early Mexico, and expert in the Nahuatl language.

Barlow spent much of his youth at Fort Benning, Georgia, where his father, Colonel E. D. Barlow, was stationed; around 1932 Col. Barlow received a medical discharge and settled his family in the small town of DeLand, in central Florida. Family difficulties later forced Barlow to move to Washington, D.C., and Kansas.

Barlow had been a friend of writers H. P. Lovecraft and Robert E. Howard since he was 13. He collaborated with Lovecraft on several stories, and Lovecraft made Barlow his literary executor. Barlow came to Providence shortly after Lovecraft's death and donated most of the manuscripts and some printed matter to the John Hay Library of Brown University.

He moved to Mexico around 1943, where he taught at several colleges, later becoming a professor of anthropology at Mexico City College and a distinguished anthropologist of Indian culture and poet. In 1950 he published Mexihkatl itonalama ("The Mexican's calendar"), a Nahuatl-language newspaper.

On 2 January 1951, Barlow committed suicide by barbiturate overdose.
Collections
Eyes of the God (2002)