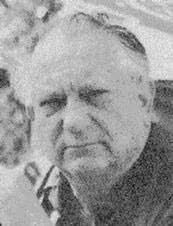 (1916 - 2013)
Jack Vance was born in 1916 and educated at the University of California, first as a mining engineer, then majoring in physics and finally in journalism. During the 1940s and 1950s, he contributed widely to sf and fantasy magazines. His first novel, 'The Dying Earth', was published in 1950 to great acclaim. Since then he won both of sf's most coveted trophies, the Hugo and Nebula awards; he also won an Edgar Award for his mystery novel 'The Man in the Cage'.