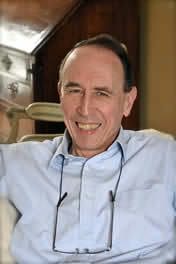 France
Yves Bonavero was born and educated in Paris. In his early twenties, Yves moved to London where he spent fourteen years in the City, rising to lead a major financial conglomerate. He left the City at the age of thirty-seven to pursue his interest in languages, literature, philosophy and cinema, going on to found Bonaparte Films. In 1996 Yves went to Oxford to read Philosophy and German as a mature student; he graduated with a First Class degree in 1999. Encouraged by his Oxford literature tutors, he began to write psychological thrillers. Something in the Sea is his first book, published by Bloomsbury in April 2006. He is married, lives in London and has two daughters and two sons.
Novels
Something in the Sea (2006)
The Nuremberg Enigma (2016)