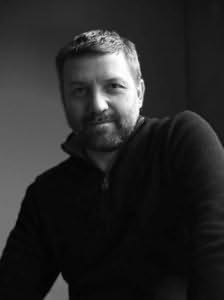 At the age of thirty, after leaving any hope of adapting to a nine-to-five job, Alfredo Colitto decided to follow his passion for travelling and began journeying around the world. He spent some years in Mexico, and now lives in Bologna, Italy, with his wife Ana Luz and Agata, his cat. He teaches creative writing in Bologna and he is also a translator from English and Spanish.