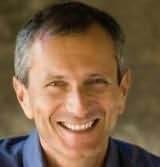 Italy (b.1961)
Gianrico Carofiglio is a novelist and former anti-Mafia judge in the Italian city of Bari.
His debut novel, Involuntary Witness, was published in 2002 and translated into English in 2005 by Patrick Creagh and published by the Bitter Lemon Press and has been adapted as the basis for a popular television series in Italy. The subsequent novels were translated by Howard Curtis.
Carofiglio won the 2005 Premio Bancarella award for his novel "Il passato è una terra straniera".[3] He is also Honorary President of The Edinburgh Gadda Prize which celebrates the work of Carlo Emilio Gadda.
The Past is a Foreign Country is the English language title of the 2004 novel Il passato è una terra straniera by Italian author Gianrico Carofiglio. It won the 2005 Premio Bancarella literary award.It has been translated into English.