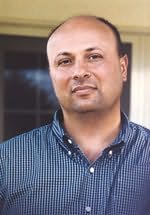 (b.1954)
Lorenzo Carcaterra, a former reporter for the New York Daily News, is the author of the autobiographical memoir A Safe Place and the New York Times bestseller Sleepers.

New Lots (1998)
John Clarkson
"New Lots is a roller-coaster thrill ride, from the opening riff down to a pulse-shredder of a climax."

God is a Bullet (1999)
Boston Teran
"Boston Teran writes like an angel, shining a clear light on the deeds of the devil in this hunt-and-chase thriller. GOD IS A BULLET is a stunner of a suspense novel, body-slamming its way down an uncharted rocky terrain of pain, fear, horror, bravery and redemption . . .Teran's voice is fresh, unique and explosive. He has delivered a work that is too good, too important and too painful to be ignored."

Paradise Salvage (2001)
John Fusco
"John Fusco has given us a book with a large and loving heart, a joyful and exhilarating journey that reaches out to touch the hardest of souls."

A Kiss from Maddalena (2003)
Christopher Castellani
"An italian feast brimming with passion and longing. A rare first novel."

Betrayal (2012)
Robert Fitzpatrick and Jon Land
"The FBI Agent with the courage to wage the decades long battle to get to the truth."

Saint of Wolves and Butchers (2018)
Alex Grecian
"The Saints of Wolves and Butchers has it all—a vicious old Nazi hiding out in rural America; a tracker hard on his trail; and a State Trooper and single mom with a lot to lose, willing to put it all on the line. Add a hot-engine plot, dialogue that would make Elmore Leonard smile, and some Fast and Furious action and you have the perfect storm of a story: a can't-put-it-down-until-I find-out-what-happens-next thriller."

Invisible (2019)
(Paul McGrath, book 1)
Andrew Grant
"Invisible is the perfect thriller for these perilous and imperfect times. Buy it. Read it. You won’t regret it and you won’t forget it."

All of Us (2020)
A F Carter
"A.F. Carter has delivered one gut-punch of a thriller. This one has it all--multiple personalities, none of whom get along but need to figure a way to work together; a stalking pyscho; a murder; a detective with serious issues of his own--all pieced together in a plot that never lets up. The dialogue is butcher blade sharp; the characters fully developed, all working at an unrelenting pace. This is one of those rare thrillers that stays with a reader long after the final page is turned. It's that good. So, sit back and let A. F. Carter take you for a thrill ride you won't easily forget."

Eternal (2021)
Lisa Scottoline
"What Elena Ferrante did with her Neapolitan Quartet, Scottoline does for war-time Rome: brings it to life as the city is ripped apart by men in power and barely held together by the courage and decency of those who stand against them. Eternal is a must read."
Visitors to this page also looked at these authors
Lee Child
Michael Connelly
Robert Crais
David Baldacci
Harlan Coben
Linda Castillo
Jeffery Deaver
Nelson DeMille
John Grisham
James Lee Burke
Orson Scott Card
John Sandford
Reed Farrel Coleman
Jack Carr
Christopher Reich
Catherine Coulter