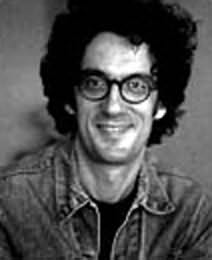 (b.1958)
John Colapinto was born and raised in Toronto, and has a Master's in English literature from the University of Toronto. After freelancing for Canadian magazines for four years, he moved to New York in 1989 and wrote for many magazines, including The New Yorker, Vanity Fair, the New York Times magazine and New York. In 1995 he became a contributing editor at Rolling Stone where he won a National Magazine Award for a story about a medical scandal and expanded the story into a book, As Nature Made Him: The Boy Who Was Raised as a Girl, which became a New York Times bestseller. In 2001, he published a novel, About the Author. Since 2006 he has been a staff writer at The New Yorker where he has written about subjects as diverse as medicinal leeches, shoplifting prevention, Karl Lagerfeld and Michelin food inspectors.
Novels
About the Author (2001)
Undone (2015)