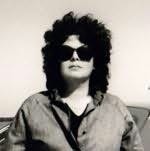 Jamaica (b.1946)
Michelle Cliff is a Jamaican-American author whose notable works include No Telephone to Heaven, Abeng and Free Enterprise.

Cliff also has written short stories, prose poems and works of literary criticism. Her works explore the various, complex identity problems that stem from post-colonialism, as well as the difficulty of establishing an authentic, individual identity despite race and gender constructs. Cliff is a bisexual who grew up in the violently homophobic, poverty-stricken, colonized island of Jamaica.
Series
Abeng
1. Abeng (1984)
2. No Telephone to Heaven (1987)