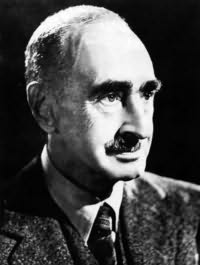 (1884 - 1951)
Andrew Caldecott was born on 26 October 1884 in Boxley, Kent, United Kingdom. He was the eldest child of Rev Andrew Caldecott and Isobel Mary Johnson. His mother was the daughter of Rev Stenning Johnson. Lieutenant John Leslie Caldecott (1886 – 9 September 1914), Andrew's younger brother, had served in the Royal Garrison Artillery, who later served as the aide-de-camp to the Governor of Nyasaland. John participated in World War I and died on 9 September 1914 in Nyasaland, Africa (present-day Malawi) at the age of 28, with his remains buried at the Karonga War Cemetery. Andrew Caldecott studied at Uppingham School in Rutland and was awarded scholarships, enabling him to be admitted to Exeter College of the University of Oxford. He achieved outstanding academic results while in college and had been awarded scholarships. He gained a third class in Classical Honour Moderations and subsequently graduated with a Bachelor of Arts in Classics (second-class honours) in 1907. In 1948, he was conferred as an Honorary Fellow by Exeter College.
Novels
Not Exactly Ghosts (1947)