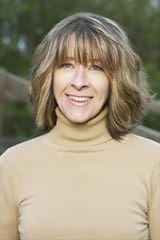 Canada
Tish Cohen is the author of Town House, a 2008 finalist for the Commonwealth Writers' Prize Best First Book Award (Canada and Caribbean region), and in development as a feature film with Fox 2000. The film is being produced by Ridley Scott's Scott Free and will be directed by John Carney, the award-winning, critically acclaimed director of Once. Production is set to begin in New England in 2008. Town House was released to massive media interest in Canada, has been published in Italy, and will be released in Germany in April 2009.