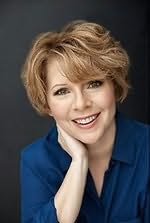 Melanie Benjamin was born in Indianapolis, Indiana. While attending Indiana University --- Purdue University at Indianapolis, Melanie performed in many community theater productions before meeting her husband, moving to the Chicago area and raising two sons. She and her family still live in the Chicago area; when she's not writing, she's gardening, taking long walks, rooting for the Cubs.

The Truth According to Us (2015)
Annie Barrows
"The Truth According to Us is an irresistible novel, a sly charmer of a story about a small town in Depression-era West Virginia whose history is rewritten by a debutante on the run. Family histories, too, are unraveled, but mended by the fierce, strong women who dominate this delightful page-turner, a tribute to the power of love and forgiveness to heal even the most heartbreaking betrayals."

Love and Other Consolation Prizes (2017)
Jamie Ford
"A gripping story about the unpredictability of life - particularly the life of an immigrant; the poignancy of surviving; and above all, the incredible power of love to heal even the most shameful wounds. Jamie Ford has created a fascinating world, bookended by Seattle’s two World Fairs, and peopled it with colorful, brave characters we care deeply about in this masterful job of storytelling."

White Houses (2018)
Amy Bloom
"Amy Bloom illuminates one of the most intriguing relationships in history. Lorena Hickok is a woman who found love with another lost soul, Eleanor Roosevelt. And love is what this book is all about: It suffuses every page, so that by the time you reach the end, you are simply stunned by the beauty of the world these two carved out for themselves."

Winter Sisters (2018)
Robin Oliveira
"Raw beauty and devastation, both; this is true of the forces of nature and the foibles of men that propel the plot of Winter Sisters toward its stunning climax. But as always in Robin Oliveira’s novels, it’s the women who provide the heartbeat and the moral compass in this gripping tale of suspense set in Albany, New York during the Gilded Age. This is a book as thrilling as it is poetic."

A Well Behaved Woman (2018)
Therese Anne Fowler
"The story of Alva Vanderbilt is long overdue for a telling, but it was worth the wait. Therese Anne Fowler has brought this compelling, complex woman to such dynamic life that she leaps off the pages. This is a delicious book, as well as a timely one."

Finding Dorothy (2019)
Elizabeth Letts
"A woman with a heart, a brain, courage to spare, and a girl's sense of wonder--this is the heroine of Elizabeth Letts's sparkling, touching . Maud Baum is the daughter of a suffragette and the wife of a dreamer, but she is also a force to be reckoned with in her own right."

The King's Justice (2020)
(Maggie Hope, book 9)
Susan Elia MacNeal
"Susan Elia MacNeal spins another rousing tale featuring gutsy Maggie Hope. Once again, MacNeal deftly weaves a fast-paced mystery with enticing historical detail, but this time gives us a fully realized exploration of a psychologically wounded but still determined survivor of the darkness of war. . . . A multilayered thriller that will keep you up all night reading!"

The First Actress (2020)
C W Gortner
"This novel about Sarah Bernhardt, the iconic French actress, is both a riveting portrait of the artist as a passionate young woman and a luscious historical novel full of period detail."

The Paris Hours (2020)
Alex George
"George writes movingly of human connection, lost and found. His vivid portrayal of lives intersecting in early 20th century Paris will delight you with its lyricism and touch you with its humanity. The main protagonists are so beautifully drawn they will haunt you long after you reach the end."