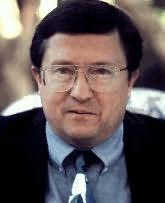 (1944 - 2006)
John Reynolds Gardiner was an American author and engineer. Born in Los Angeles, California, he earned his master's degree from UCLA. He was a successful engineer before working on his first children's book. Always creative, in his younger years he ran Num Num Novelties, home to such originals as the aquarium tie. He lived in West Germany and Central America, and taught writing workshops around the world. In Idaho he heard of a legend on which he based his first book, Stone Fox. Gardiner also edited children's stories for television. He lived out his final years with his wife, Gloria, in California and died of complications from pancreatitis at a hospital in Anaheim, California. He is survived by three daughters, Carrie, Alicia, and Danielle.
Chapter Books
Stone Fox (1980)
Top Secret (1985)
General Butterfingers (1986)