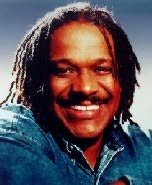 (b.1953)
Curtis was born in Flint, Michigan on May 10, 1953 to Dr. Herman Elmer Curtis, a chiropodist, and Leslie Jane Curtis, an educator. The city of Flint plays an important role in many of Curtis's books. One such example is Bucking the Sarge, which is about a fifteen year old boy named Luther T. Ferrel, who is in a running battle with his slum-lord mother. Curtis is an alumnus of the University of Michigan-Flint.

Curtis is the father of two children, Steven, an ensign in the United States Navy, and Cydney, a college student and accomplished pianist. His third child is expected to make an appearance in 2011. Christopher modeled characters in Bud, Not Buddy after his two grandfathersEarl Lefty Lewis, a Negro league baseball pitcher, and 1930s bandleader Herman E. Curtis, Sr., of Herman Curtis and the Dusky Devastators of the Depression.

We Are All Made of Molecules (2015)
Susin Nielsen
"There is so much to love about this story, most of all, the humor. How do I join the Susin Nielsen fan club?"

The List of Things That Will Not Change (2020)
Rebecca Stead
"Rebecca Stead’s writing is always infused with the tender minutiae of being alive, with the price we have to pay to be human. This book, along with its perfect title, is ‘Typical Rebecca Stead.’ And that’s a heartfelt compliment."
Visitors to this page also looked at these authors
James Dashner
Chris Colfer
Susan Cooper
Sharon Creech
Kate DiCamillo
Beverly Cleary
Karen Cushman
Paul Christopher
Roald Dahl
Caroline B Cooney
Clive Cussler
Katherine Applegate
Chris Crutcher
Andrew Clements
Suzanne Collins
Robert Jordan