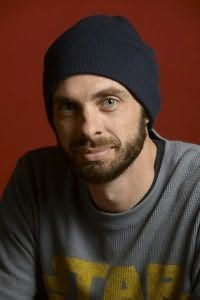 Jason Denzel is the author of Mystic, a filmmaker, and the founder of Dragonmount.com, the leading online community for Robert Jordans Wheel of Time saga.

Since 1998, Dragonmount has been the webs top destination for franchise-related news, features, blogs, theories, games, and discussion. Dragonmount.com has been featured in news outlets including USA Today, CNN, ABC, Wired, the Los Angeles Times, and Macleans Magazine (Canada).

Jason sits on the Board of Directors for JordanCon, an annual convention held in Atlanta which celebrates the works and spirit of the late Robert Jordan. He is also on the Advisory Council for the Waygate foundation, a charitable organization which helps authors and other content creators raise funds for charitable purposes. He has independently consulted on the Wheel of Time film franchise, and was closely involved with the development of the final three Wheel of Time books. In 2013, Jason was a Guest of Honor at PenguinCon, a popular convention celebrating genre fiction and technology.

In addition to writing, Jason is an award-winning independent filmmaker. His trailer for The Towers of Midnight (produced in association with Tor Books) won three prestigious Telly Awards, including honors for cinematography and visual FX. He has won additional awards for entries in the 48-hour film festival and the Star Wars fan-film competition, and is currently working on a Kickstarter-funded short called Spectre, about an ancient sword with a mind of its own.

In his free time, Jason studies Choy-Li-Fut Kung-Fu as part of the Plum Blossom Federation. He lives in Northern California with his two young boys, and owns a lot of swords and collectible fantasy artwork.