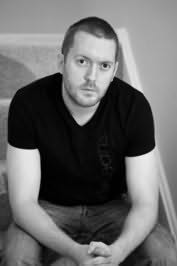 His debut work, Robin Hood: The Unknown Templar, has been the subject of international attention, including articles in The Sunday Telegraph, The Daily Mail, Yorkshire Post and Nottingham Evening Post, mentions in USA Today and The Independent and reviews in the Birmingham Post and Medieval History Journal. His second work, Pity for the Guy, is the first full length biography of Guy Fawkes and was featured on "The Alan Titchmarsh Show" in November 2011.

His latest work, The Gothic King - a biography of Henry III, was released in the UK on 9 April 2013.

He is currently working on his third thriller, due to be released later this year.

He was educated at Loughborough University and lives in Warwickshire.
Series
White Hart
1. The Bordeaux Connection (2015)
2. The Crown Jewels Conspiracy (2017)
3. The Rosicrucian Prophecy (2018)
4. The Excalibur Code (2019)