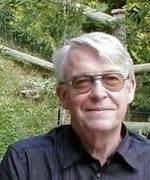 A pseudonym used by James Barrington
James Becker spent over twenty years in the Royal Navy's Fleet Air arm and served during Falklands War . Throughout his career he has been involved in covert operations in many of the world's hotspots; places like Yemen, Northern Ireland and Russia. He is an accomplished combat pistol shot and has an abiding interest in ancient and medieval history.

On Guard (2014)
(Varga Mystery)
Karl Vadaszffy
"From the centre of London to the backstreets of Budapest, this story grabs hold and won't let go."