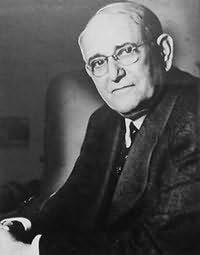 (1877 - 1951)
was a noteworthy American minister and author. He spent part of his boyhood in Monroeville, Indiana, Wilmot, Indiana and Florence, Kentucky, where his father, Alexander Jackson Douglas, was pastor of the Hopeful Lutheran Church. He died in Los Angeles, California.
Douglas was one of the most popular American authors of his time, although he didn't write his first novel until he was 50.
His written works were of a moral, didactic, and distinctly religious tone. His first novel, Magnificent Obsession, was an immediate and sensational success. Critics held that his type of fiction was in the tradition of the great religious writings of an earlier generation, such as, Ben-Hur and Quo Vadis.
Douglas is buried in Forest Lawn Memorial Park Cemetery in Glendale, California.
Novels
Magnificent Obsession (1929)
Forgive Us Our Trespasses (1933)
Green Light (1935)
White Banners (1936)
Disputed Passage (1939)
Docter Hudson's Secret Journal (1939)
Invitation to Live (1941)
The Robe (1942)
The Big Fisherman (1948)
The Living Faith (1955)