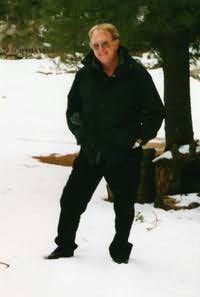 Randy Lee Eickhoff  holds Doctor of Philosophy and Doctor of Theology degrees and is the author of 29 books. His novel And Not to Yield was selected as the Best Novel 2004 by the National Cowboy Hall of Fame and Western Heritage. His only nonfiction work on the Tigua Indians in Texas, Exiled, won the Southwest Book Award. His new and highly annotated translation of Homer's Odyssey has been cited as the translation for students. In addition, he has also written under the name Brian Cullen and Luke Cypher.


Until his conversion to Roman Catholicism, he was at Lay Speaker for many years in the United Methodist Church.
&#160After serving with distinction in the early phases of the Vietnam War where he was wounded and awarded the Purple Heart, Silver Star, and Bronze Star, Eickhoff began working on The Lincoln Star in Lincoln, Nebraska, first as a crime reporter and then a sports columnist. But he became disillusioned with newspaper work after ten years and entered education, teaching at all levels for twenty-eight years until his retirement in 2002. He moved to Fort Worth, Texas where he still lives while writing full-time, producing translations from Old Irish, Anglo-Saxon, and Ancient Greek. His translation of Irelands national myth, Tain Bo Culainge (Cattle-raid of Cooley) is still being used as a textbook in schools in Ireland and several universities. His translation and dense annotation of Homers Odyssey is also being used in schools.


Randy was born in South Dakota where he lived as a child until his parents, Raymond and Eldina Eickhoff, moved to Nebraska. He is divorced and has two children and three grandchildren and a great-grandson.