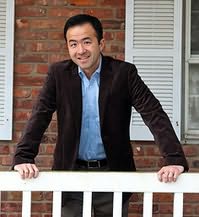 Born in Manhattan and raised in Hong Kong, Andrew Fukuda is half-Chinese, half-Japanese. After earning a bachelor's degree in history from Cornell University, Fukuda worked in Manhattan's Chinatown with the immigrant teen community. That experience led to the writing of Crossing, his debut novel that was selected by ALA Booklist as an Editor's Choice, Top Ten First Novel, and Top Ten Crime Novel in 2010. His second novel, The Hunt, the first in a new series, was bought at auction by St. Martin's Press and will be published in May 2012. Before becoming a full time writer, Fukuda was a criminal prosecutor for seven years. He currently resides on Long Island, New York, with his family.