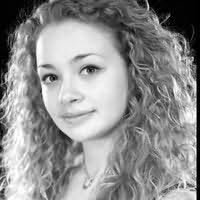 (b.1992)
Sister of Tom Fletcher
Carrie Hope Fletcher is an actress, singer, author, vlogger and, thanks to her popular self-named YouTube channel, 'honorary big sister' to over a million young people around the world. In 2017, she won the public vote for Radio Times Online Champion of the year. Carrie's first book, All I Know Now, was a number one Sunday Times bestseller and her debut novel, On the Other Side, also went straight to number one in its first week on sale. Carrie's second novel, All That She Can See, was a Top Three Sunday Times bestseller in hardback and a Top Ten bestseller in Ireland.

Carrie played the role of Eponine in Les Misérables at the Queen's Theatre in London's West End for almost three years and received the 2014 WhatsOnStage Award for Best Takeover in a Role. In 2016 she played Truly Scrumptious in a six-month run of Chitty Chitty Bang Bang, before landing the role of Wednesday Addams in the national UK theatre tour of The Addams Family musical in 2017. Carrie lives just outside of London with numerous fictional friends that she keeps on bookshelves, just in case.