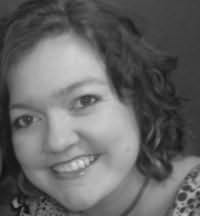 Colleen lives in Texas with her husband and their three boys. She released her debut novel, SLAMMED, in January 2012. The follow-up novel, POINT OF RETREAT, was released in February, 2012.

If Colleen's life had a theme song, it would be Paranoia in B Flat Major by The Avett Brothers.

Focus Lost (2019)
Doug Cooper
"Outside In takes readers on a wild ride with the final destination being a rediscovered sense of self."