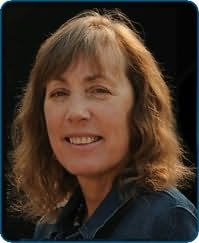 Gwen Florio grew up in 250-year-old brick farmhouse on a wildlife refuge in Delaware, with a sweeping view across a mile of tidemarsh to the waters of the Delaware Bay. In addition to ponies, dogs and chickens, her childhood also included raising and releasing a number of wild critters, from raccoons and fawns to owls and hawks, and a skunk whose personality was even worse than his smell. Her parents banned television and instead filled the house with books.

She majored in English at the University of Delaware, largely as an excuse to continue reading as many books as possible, until her father urged her, in the interest of being able to someday support herself, to take a journalism course. With her first byline, she was hooked. A thirty-plus year career followed, taking her around the country and to more than a dozen countries, including several conflict zones, toting books to each place.

The Blaze (2020)
Chad Dundas
"Propulsive, heartfelt, The Blaze smolders with tension as Matt struggles to gather troubling shreds of a childhood event that he can’t quite bring into focus, his quest gaining urgency as more lives are threatened, his own among them. A riveting new take on the impossibility of escaping one’s past."

The Doctor of Aleppo (2020)
Dan Mayland
"Dan Mayland's The Doctor of Aleppo turns an unflinching gaze on the reality of modern warfare, fought in neighborhoods rather than a battlefield, where today's ally is tomorrow's enemy, and people struggle against all odds to maintain their humanity. A thriller that breaks your heart as it rockets toward its stunning conclusion."