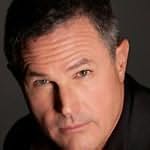 (b.1953)
Robert Crais is the #1 New York Times bestselling author of twenty novels, sixteen of them featuring private investigator Elvis Cole and his laconic ex-cop partner, Joe Pike. Before writing his first novel, Crais spent several years writing scripts for such major television series as Hill Street Blues, Cagney & Lacey, Miami Vice, Quincy, Baretta, and L.A. Law. He received an Emmy nomination for his work on Hill Street Blues, and one of his standalone novels, Hostage, was made into a movie starring Bruce Willis. His novels have been translated into forty-two languages and are bestsellers around the world. A native of Louisiana, he lives in Los Angeles.

Bearing Secrets (1996)
(Wil Hardesty, book 2)
Richard Barre
"Bearing Secrets is a richly textured novel brimming with complex and all-too-human characters. Barre's writing is lean and muscular and thoughtful. And the story bristles with a kind of ever-expanding suspense that kept me turning the pages. Richard Barre and Wil Hardesty are an E-ticket ride."

Winter and Night (2002)
(Bill Smith, Lydia Chin, book 8)
S J Rozan
"With WINTER AND NIGHT, SJ Rozan paints with the full palette of the human heart using depth, detail, and nuance of character that I haven't seen since Raymond Chandler. (Yes, I mean it.) Rozan delivers a wonderful mystery that is also a full-bodied novel about the pressures we place on ourselves and loved ones, and how these pressures can crush us."

The Da Vinci Code (2003)
(Robert Langdon, book 2)
Dan Brown
"Dan Brown has built a world that is rich in fascinating detail, and I could not get enough of it. Mr. Brown, I am your fan."

Death by Hollywood (2003)
Steven Bochco
"With a deft plot, an insiders eye, and considerable charm... 'Death By Hollywood' left me laughing out loud."

Triple Cross (2009)
Mark Sullivan
"TRIPLE CROSS is a smart, prescient thriller that makes one wonder why the bottom really dropped out of the stock market. The story snaps and twists like a cracking whip, you can't help but root for Mickey Hennessey and his kids, and I defy you to guess the ending. Mark T. Sullivan has written a super-charged bestseller and surefire motion picture!"

Cemetery Road (2009)
Gar Anthony Haywood
"A thoughtful book, written with a layered complexity... And it's a helluva crime story, too, with plenty of surprises."

Available Dark (2012)
(Cass Neary, book 2)
Elizabeth Hand
"Available Dark is a skin-blistering crime novel, as edgy and black as dried blood on a moonlit night. The frigid Scandinavian setting is a perfect backdrop for the horrific overlap of heavy metal and black arts, sorcerers and curses, and one woman's search for a long lost lover."

The Wild One (2020)
(Peter Ash, book 5)
Nick Petrie
"If you’re not already on the #PeterAsh train, jump aboard now. #TheWildOne is a beautifully written novel, rich with deep, complex characters, full-throttle action, and a superbly realized setting. @_NickPetrie_ is doing headliner work."

Love and Theft (2020)
Stan Parish
"Tight, beautifully written, and crackling with full-throttle tension, Love and Theft knocked me out. An electrifying novel. Stan Parish has the stuff. For real."