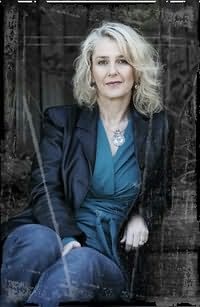 aka Janette Paul
Jaye Ford decided at 40 that her dream to become an author would never be realised unless she sat down and started writing.

Almost ten years later, her first book, Beyond Fear, was the highest selling debut crime novel in Australia in 2011, won the 2012 Davitt Award for a Debut Novel, shared the 2012 Davitt&#160Award for Readers Choice and was shortlisted for the 2012 Davitt for Best Adult Crime Novel.

With her second book Scared Yet?, released in Australia in March this year, her thrillers will be published in eight languages.

Blood Secret, her third novel, is set for the shelves in September 2013 and a fourth is already on the plotting board.

Before chasing her dream to write fiction, Jaye worked in newspapers, radio and television as a news and sports journalist. In 1988, she became Australias first female presenter of a live national sport show, hosting Sport Report on SBS. She later fronted evening news on regional television and ran her own public relations business.

She eventually gave up self-employment to be a full-time mother, school volunteer and struggling unpublished writer.

Jaye now writes full-time from her home at Lake Macquarie in the NSW Hunter Valley. She is married with two children.