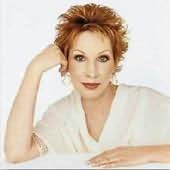 aka Laura Jordan, Rachel Ryan, Erin St. Claire
Sandra Brown was born on March 12, 1948 in Waco, Texas and raised in Ft. Worth. Sandra graduated from Texas Christian University with a degree in English, and in her job as a contributing feature reporter at the nationally syndicated PM Magazine in Dallas.

She married Michael Brown, former television anchorman, they had two children, Rachel and Ryan. Though she continued in her occasional position as a showroom model in Dallas, her husband encouraged her to try fiction writing while their children were at school. He had just left a career as a news anchor and talk-show host to form his own production company, so why shouldn't she take a creative risk, too?

Since the publication of her first novel in 1981, she has penned well over sixty books. Sandra has over fifty million copies of her books in print, and has achieved some major feats on what is perhaps the most highly regarded bestseller list of all--that of the New York Times. Since 1990, every one of Sandra's novels has appeared on the list. In total, her books have appeared on the prestigious list over thirty times.

A Day in April (1992)
Mary Lynn Baxter
"A tender and touching story that strikes every chord within the female spirit."

The Bodyguard and the Bridesmaid (1998)
(Right Bride Wrong Groom)
Metsy Hingle
"Metsy Hingle delivers hot sex, humor and heart - everything a reader could wish for."

The Edge of Town (2001)
(Jazz Age , book 1)
Dorothy Garlock
"A heart-stirring love story spiced with suspense... Garlock at her best."

Blink of an Eye (2006)
Cathryn J Lyons
"A perfect blend of romance and suspense. My kind of read."

Along Comes a Stranger (2007)
Dorie McCullough Lawson
"I read this in one sitting. I loved her story."

Frozen (2012)
(Detective Ellie MacIntosh, book 1)
Kate Watterson
"From the first bone-chilling page to the last, Frozen kept me on the edge of my seat."

Bones and Roses (2014)
(Cypress Bay Mysteries, book 1)
Eileen Goudge
"Catches the reader in a strong undertow of a plot. Before you know it, you’re being drawn in, out, and under. Expect to become immersed with the indomitable heroine, Tish Ballard, the cast of colorful secondary characters, and Eileen Goudge’s trademark storytelling."

Wed to Death (2016)
(Shadow Watchers, book 1)
Vicki Hinze
"A heart stopping story about true commitment. You may need a hanky."

One Small Sacrifice (2019)
(Shadows of New York, book 1)
Hilary Davidson
"Davidson has crafted a tightly woven mystery. Each thread of the intricate plot draws you toward one surprising revelation after another."

The Shape of Night (2019)
Tess Gerritsen
"Reminiscent of the best of du Maurier, this modern gothic is eerie, tantalizing, spine-tingling, and sensual. . . . An altogether delicious read."

A Conspiracy of Bones (2020)
(Temperance Brennan, book 19)
Kathy Reichs
"Kathy Reichs pits the indomitable Temperance Brennan against straight-from-today's-headlines terror to create a story that launches at maximum velocity and never lets up. Edgy. Eerie. Irresistible. Don't miss this one."

Never Far Away (2021)
Michael Koryta
"Koryta has crafted another shivery story with a killer of a start and a nail-biting ending...yet without scrimping on the heart and humanity of the characters, both good and evil."

Eternal (2021)
Lisa Scottoline
"Eternal is a gripping story of suffering and survival. It unspools at a heart-stopping pace, yet each page resonates with emotions: fear, hope, sorrow, yearning, love, empathy, sympathy, and, ultimately, joy. The book lives up to its title. It will echo in the minds of readers for a long time."