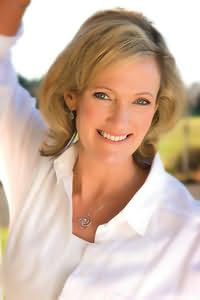 (b.1963)
Karen Kingsbury is a #1 New York Times bestselling novelist and is America's favorite inspirational storyteller, with more than twenty-five million copies of her award-winning books in print. Her last dozen titles have topped bestseller lists and many of her novels are under development with Hallmark Films and as major motion pictures.

In 2001 she and her husband, Don, adopted three boys from Haiti, doubling their family in a matter of months. Today the couple has joined the ranks of empty nesters, living in Tennessee near five of their adult children.

Katrina's Wings (2000)
Patricia Hickman
"Katrina's Wings takes the reader on a journey through the introspective places of the soul to a place where love is launched and faith begins."

A Case of Bad Taste (2003)
(Diamonds in the Rough, book 1)
Lori Copeland
"A riveting adventure in page-turning mystery and laugh-out-loud humour. Lori Copeland at her best!"

Scared (2009)
(On the Edge of the World, book 1)
Tom Davis
"Tom Davis weaves his heart for orphans onto every page."