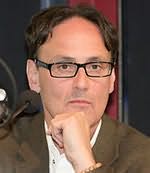 He is best known as the author of the novel Snow Falling on Cedars (1994), which won the 1995 PEN/Faulkner Award. To date it has sold nearly four million copies. It was adapted for a 1999 film of the same title, directed by Scott Hicks and starring Ethan Hawke. The film received an Academy Award nomination for cinematography. Guterson's subsequent novels are East of the Mountains (1999), Our Lady of the Forest (2003), and The Other (2008). He is also the author of a short story collection, The Country Ahead of Us, the Country Behind (1989) and of a book of essays on education called Family Matters: Why Homeschooling Makes Sense (1992).

Collections
The Country Ahead of Us, the Country Behind (1989)
Ten (1996) (with Margaret Atwood, T C Boyle, Nadine Gordimer, Jay McInerney, Candia McWilliam, Will Self, Patrick Süskind and Tobias Wolff)
Songs for a Summons (poems) (2014)
Problems with People (2014)
Turn Around Time (poems) (2019)

Madison House (2005)
Peter Donahue
"Peter Donahue seems to have a map of old Seattle in his head. No novel extant is nearly as thorough in its presentation of the early city, and all future attempts in its historical vein will be made in light of this book."

City of Bohane (2011)
Kevin Barry
"Kevin Barry is the real thing, nothing can stop him."