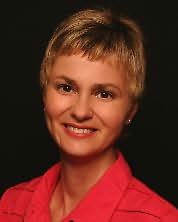 aka Kathleen Daley, Kit Daley, Shauna Michaels, Patti Moore, Margaret Ripy
Margaret has been writing for over 20 years. She started writing in the late 1970s because she wanted to see if she could put a whole story down on paper. That book is still in the drawer and will never see the light of day. But she was able to finish a book, which was her goal.

She decided after that to get some help, and joined a writers' roundtable where she met once a week with some fellow writers who went over each other's work. She sold her first book in the early 1980s and has been selling ever since.

When she isn't working, she loves to read, travel, and go to lunch and a movie with a friend. She has been to many countries in the world and loves to meet new people. Her favorite place is Tahiti - Bora Bora. It is as beautiful as all the pictures portray it.

In her travels she has found herself in some interesting situations. Once, in London, she got caught in the middle of a protest that later turned into a riot over poll taxes. In the rain forest of Costa Rica, she was covered from head to toe in mud and ruined a perfectly good outfit. She should have remembered it was going to be wet since it was called a rain forest. In Rio, she and a friend were left with no means to get back to the hotel on the other side of the city. Neither Margaret nor her companion spoke Portuguese and there wasn't a cab in sight. Thankfully one finally pulled up to the curb at the museum because she couldn't see herself hiking across Rio to get back to the hotel.