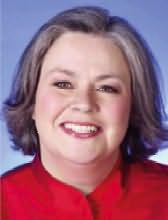 Australia
Posie Graeme-Evans was born in England but travelled all over the world with her parents, a novelist and an Australian spitfire fighter pilot. Posie has worked in the Australian film and television industry for the last 25 years as an editor, director and producer on hundreds of prime time television programmes including the number one drama series McLeod'sDaughters and the worldwide pre-school phenomenon Hi-5.

Posie has two daughters, both named Emma, and a son Julian. She is currently the Director of Drama for the Nine Network, and lives in Sydney with her husband and creative partner, Andrew Blaxland.
Series
War of the Roses
1. The Innocent (2004)
2. The Exiled (2005)
3. The Beloved (2005)
aka The Uncrowned Queen

The Conjuror's Bird (2005)
Martin Davies
"This book haunts me: I was moved, intrigued and entertained...a deeply satisfying novel. I heartily recommend this book!"