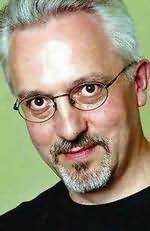 (b.1954)
Alan Hollinghurst was born in 1954. He is the author of one of the most highly praised first novels to appear in the 1980s, The Swimming-Pool Library, and was selected as one of the Best of Young British Novelists 1993. His second novel, The Folding Star, won the James Tait Black Memorial Prize and was shortlisted for the 1994 Booker Prize. He was on the staff of the Times Literary Supplement from 1982 to 1995.