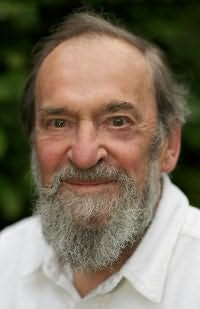 aka Donald Speed
Alex Hamilton grew up in Brazil and Argentina, but came to Britain at sixteen to attend Clifton College. After graduating from The Queens College, Oxford, he cruised through a great miscellany of around fifty jobs, from building a gas station to selling offal in Smithfield, while also writing fiction; this led first to a Saturday column in The Times, then, for twenty-five years, writing on the arts for the Guardian.

He not only reviewed literally thousands of works of fiction and non-fiction but interviewed the professionals involved in every aspect of the book trade. Alex has in the past published three novels and four collections of short stories three of them in his particular genre of quiet, subtle horror plus a volume of his Collected Stories, The Attic Express. He has also edited six anthologies of horror stories and appeared in many others.

In 1965 he married Stephanie Nettell, another literary journalist, and they have two sons and two grandchildren. After twenty-eight years in a flat near London's Oxford Street, in 1997 they changed gear to live in an old farmhouse in West Norfolk.
Novels
As If She Were Mine (1962)
Town Parole (1964)
aka If You Don't Watch Out
The Dead Needle (1969)
Triangle (1973)