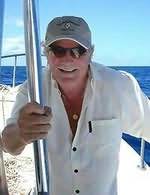 Blair Howard is from Evesham, a small town in England on the edge of the Cotswolds. Until the middle of 2015, he wrote sweeping historical epics, and is the author of five historical novels. In July of 2015 he decided to try his hand at writing mystery novels, whodunits, and so we have Harry Starke, a hard-boiled American detective, "the original tough guy, with finely tuned senses and good instincts, as well as a rougher James Bond type of attitude." Harry Starke, the first in the series, was released in mid-September 2015. The second book, Two for the Money, was released October 19 the same year. Book 3 in the series, Hill House, was released in mid-December 2015. These were followed in 2016 by Checkmate, GONE, Family Matters, Retribution, and there are more on the way, including Calypso, and Apocalypse. Harry Starke is fast becoming a household name, both here and in the U.S.