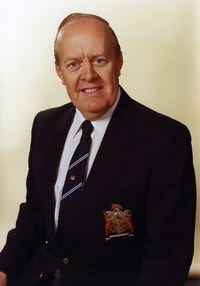 A prolific crime writer and former essayist, currently published by Robert Hale, David Hodges is a retired Thames Valley Police superintendent, with thirty years police service under his belt, and there is a gritty realism to his novels which only an experienced ex-copper can provide.

The author of six crime novels, plus a revealing autobiography on his police career, his writing has received a warm accolade from Inspector Morses Colin Dexter, and attracted wide media coverage, including a centre page review in The Times and interviews on BBC and commercial radio.  As well as his writing, David has a particular fascination for the countryside and this is illustrated in his later novels, Firetrap, Requiem and Strawfoot, which feature feisty woman detective, Kate Lewis and her chilling murder inquiries on the mist-shrouded marshlands of the Somerset Levels.

Married, with two grown up daughters and four grandchildren, David lives with his wife, Elizabeth, on the edge of the Somerset Levels, where he can fully indulge his passion for crime writing. He is an enthusiastic member of The Crime Writers Association, Society of Authors and International Thriller Writers, a keen supporter of local libraries and a very reluctant capitulator to the e-book revolution.