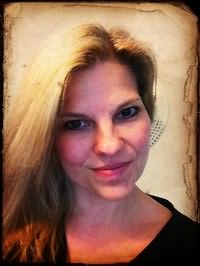 As a shy teenager, Ella Harper found ways to escape by learning foreign languages, imagining she might eventually get a glamorous job speaking French. After completing a BA in French and Russian Studies, she found herself following in her fathers footsteps into banking, seduced by the excitement and glamour of that world.

But after eight years, when Ella started idly mapping out the beginnings of a novel on an old laptop, and soon realised her characters were more real to her than dividends and corporate actions ever could be, she left her job to become a writer. Eight years later, and Ella has published four hugely popular novels under the name Sasha Wagstaff.

The Bad Mother (2017)
Amanda Brooke
"Full of twists, this is a deeply emotional, poignant tale that will remain with you long after it ends."